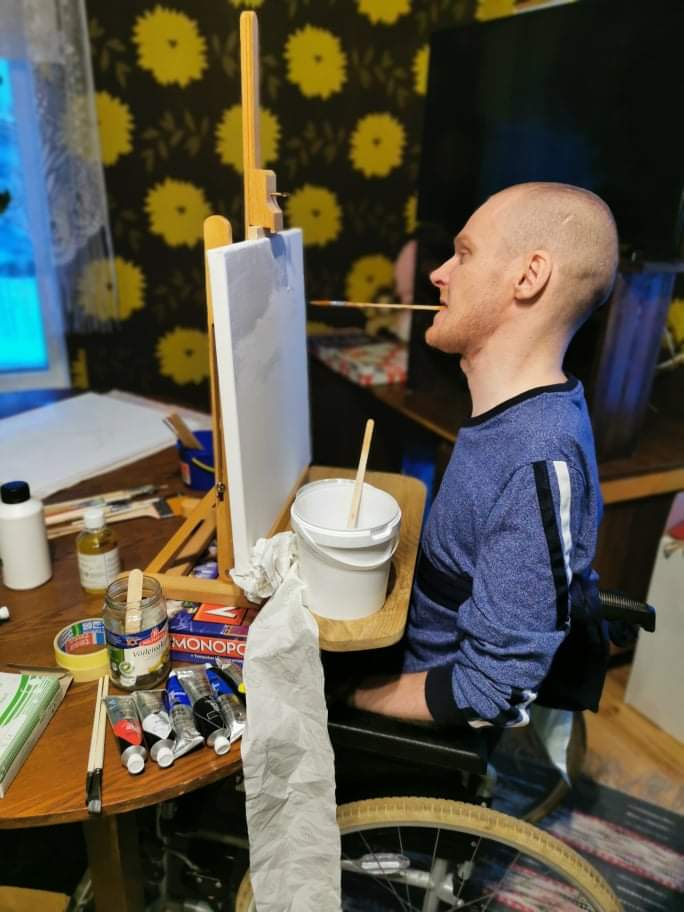 Allar Tael was born on 29 June 1983 in Taali, Estonia. As a child, he loved to go fishing and cycling. After his time at school, he began his training to become a car mechanic. Upon graduating and completing obligatory military service, he worked in a garage in Pärnu as a car mechanic. He loved his job and worked there until 2005, when he became a quadriplegic due to a car accident. After the accident, he learned to use his computer with a pen in his mouth. The humorous Piljaka magazine published his comedy stories.

In spring 2017, he met the Scholarship Holder Melis Luks. Thanks to this meeting, Allar Tael became aware of mouth painting and began to watch videos online. On 4 June 2017, he took a blank piece of paper for the first time and began his first painting attempts. He learned from his mistakes and improved with the help of the internet. Thus, painting became his new vocation. Mr Tael finds inspiration in nature for the pictures he draws with coloured pencils