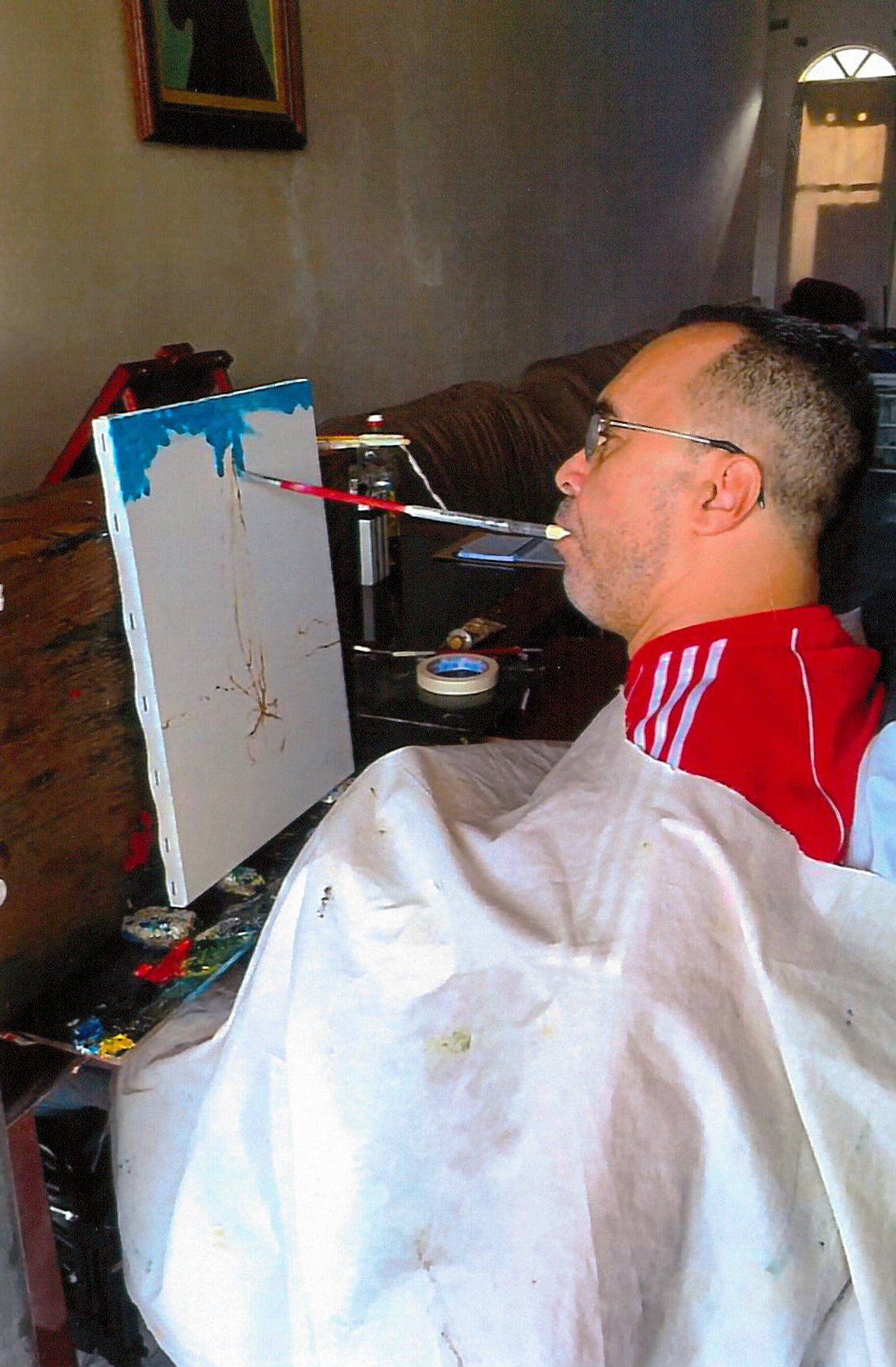 Severino MONTEIRO de Freitas was born in João Pessoa, Paraíba, in the northeast of Brazil, on 3 May 1966. He was already an avid painter and artist as a child and his works were displayed at school exhibitions. At the age of 19, he moved to São Paulo. He married and became the father of three children. The couple divorced in 2016 and he lost contact with his children. On 31 March 2017, he was shot while working as a security guard. The bullet injured his neck. He spent 40 days in hospital and fell ill with pneumonia. Despite a very poor prognosis, he survived and began a course of occupational therapy in which he tried to paint with his mouth. He learned of the Association at the rehab centre and it has been his goal to be accepted as a Scholarship Holder ever since.