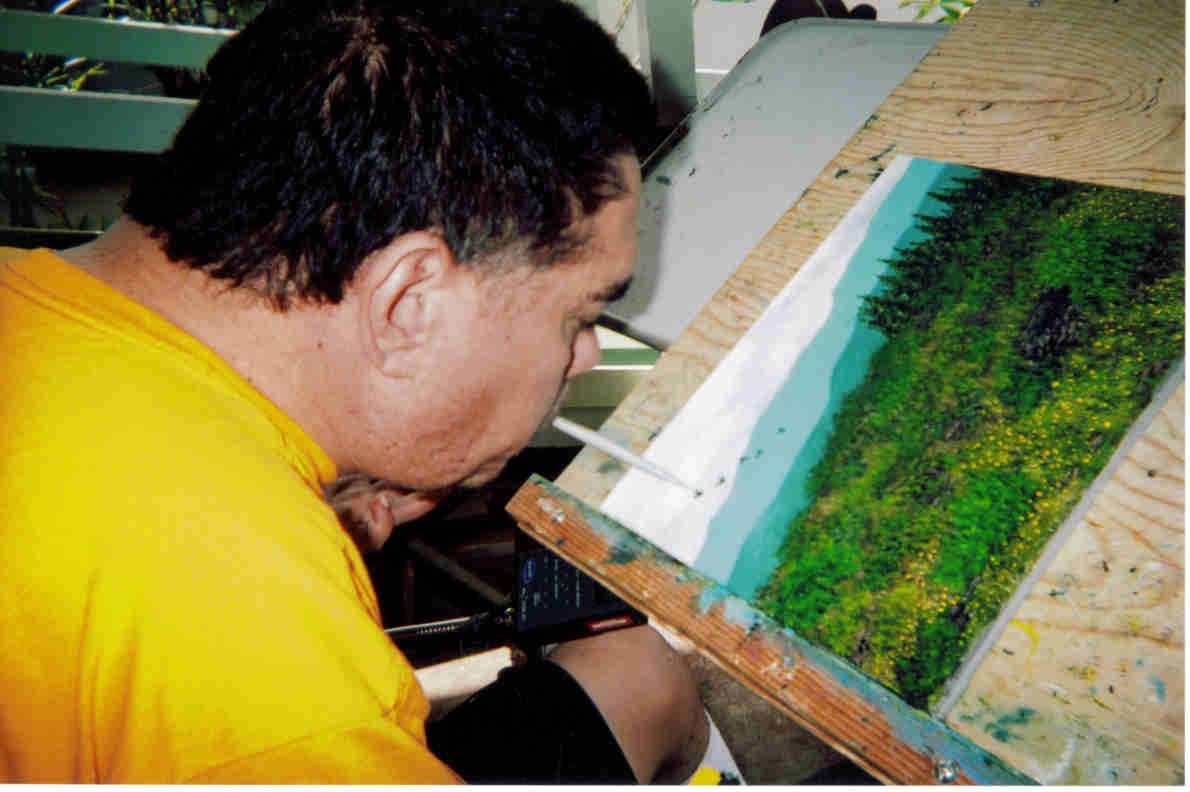 Edward MEDEIROS was born on 5 February 1957 in Honolulu, Hawaii. In November 1973 he suffereed a C4-5 spinal cord injury while playing in a game of his high school football team. He became quadriplegic. He is paralysed from the shoulders down and has extremely limited use of his right arm. After six and a half years of hard work he graduated from university with a Bachelor of Arts degree. As Edward could not work full time for health reasons he spent the next years doing volunteer work, first as a tutor in a class of special needs students at an elementary school and then as an assistant newsletter editor for a state office dealing with matters related to physical and mental disabilities. Then Edward embarked on a more than ten-year long voyage of "self discovery" as he had the desire to become a freelance writer. In 2006 his girlfriend Beverly took him to an exhibition of works by disabled artists that was organised by the Rehab Hospital of the Pacific in early November. Edward's interest was sparked, and Beverly assists him as he paints when attending art classes. For him it is a challenge, but he has begun looking at nature in a different way and he wants to capture it in his own little world.