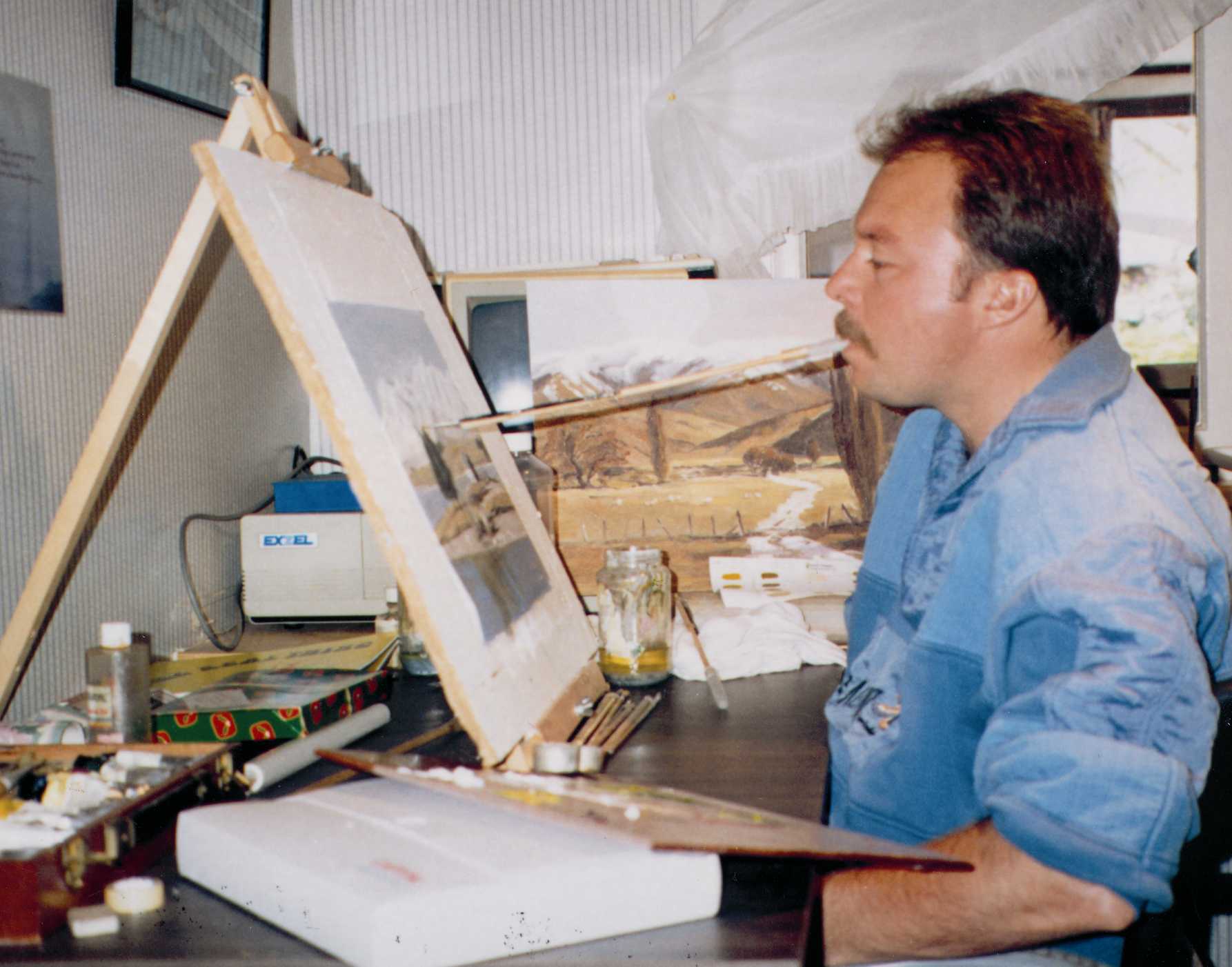 Mr Loughnan was born on 18  April in King Country, New Zealand. He went to boarding-school in Hamilton and the decided to start a career in top-performance sports. At the age of 16 he started participation in water-skiing competitions. Mr Loughnan has taken part in countless competitions, international championships and world cups. For a period of 14 years he was the holder of the New Zealand water-skiing long jump record. In 1968 he started working on a farm in New Zealand. When herding cattle, he had a motorcycle accident and broke his neck, which resulted in quadriplegia. However, it did not prevent him from holding on to top performance sports as the coach of the local as well as the New Zealand national team of water-skiing. He started painting with his mouth in the last few years.