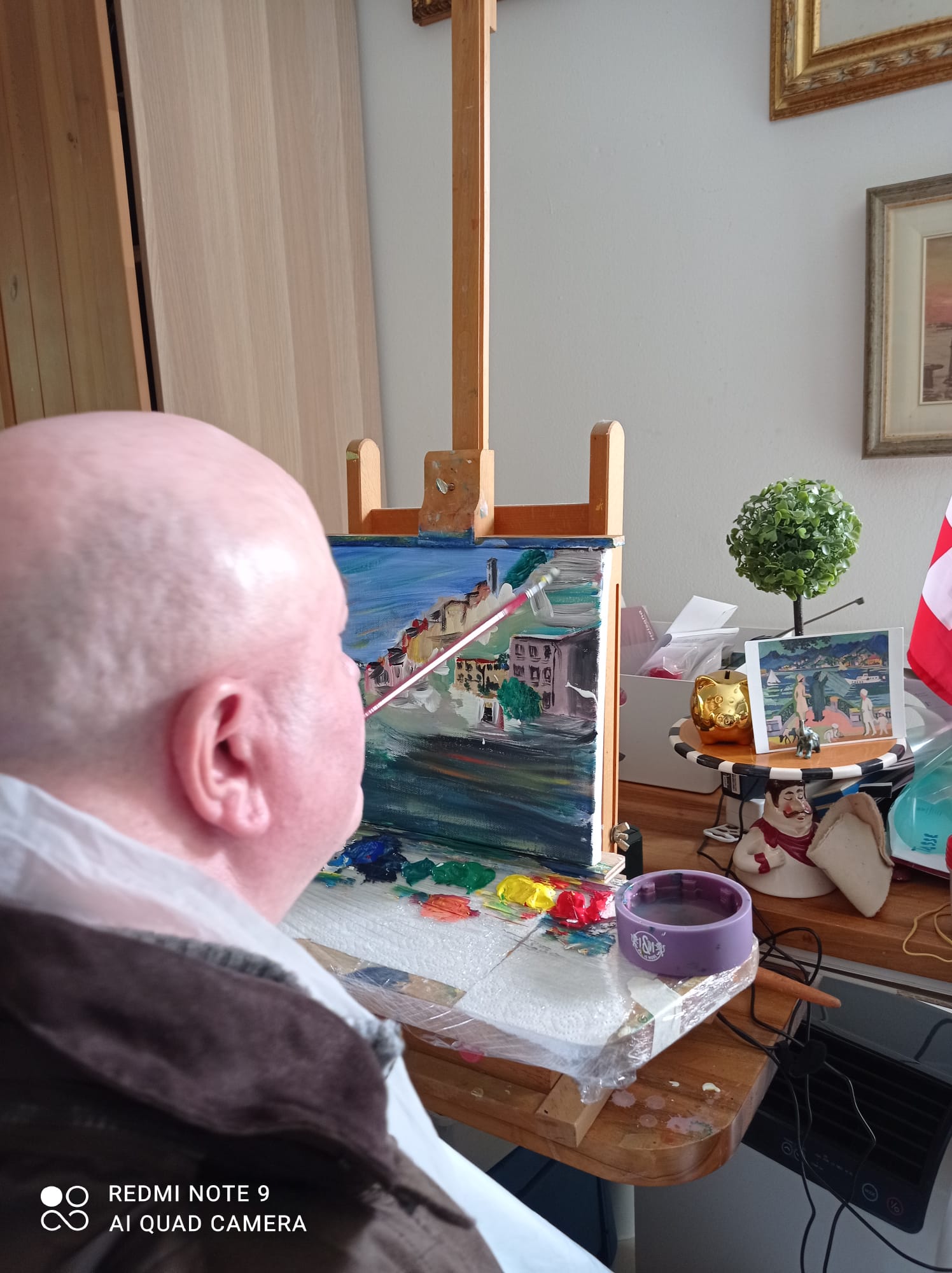 Mr Antoine Rene Leisi was born on 3 April 1965 in Grenchen in the canton of Solothurn. He spent his childhood in the canton of Tessin where he could marvel at the landscapes around him.  He was the victim of a car accident on 27 January 1991 and, due to a lesion of the 4th-5th-6th cervical vertebrae, he became a quadriplegic. In 1995, he began to paint after reading a book by Joni Eareckson, a woman with quadriplegia and also a mouth painter. He began to pursue this passion by starting to paint as he lay in his hospital bed. For him, painting is a form of therapy where his mind immerses itself in a dimension of colours and (goes on) journeys. He chooses colours based on his mood, without worrying about the content or the form. He paints on canvas or paper and is led by the brush, held in his mouth, to channel the physical expression of the emotions and feelings of his frame of mind.