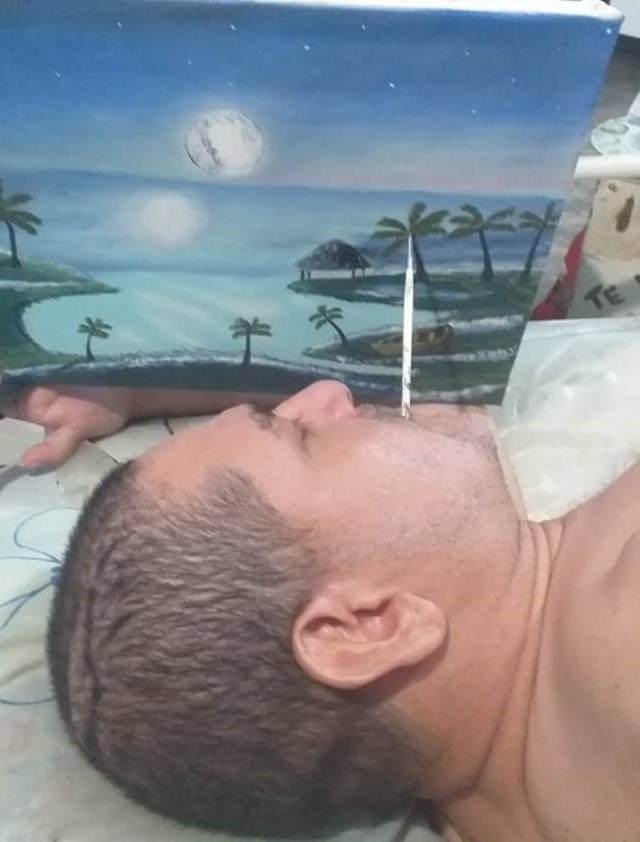 Daniel Jaimes Corzo was born on 1 April 1974 in San José de Miranda, Colombia. He suffered a break to the cervical vertebrae C4 and C5, after a fall when cleaning a fountain in 1997. This resulted in paralysis of the upper and lower limbs. In spite of having surgery, the integrity of the nerves could never be recovered. The result of this was tetraplegia. In 2010, he executed his first attempts at painting with his mouth. With a great zest for action, he finished one picture after another, and so, he was able to improve his artistic ability. His pictures show artistic talent.