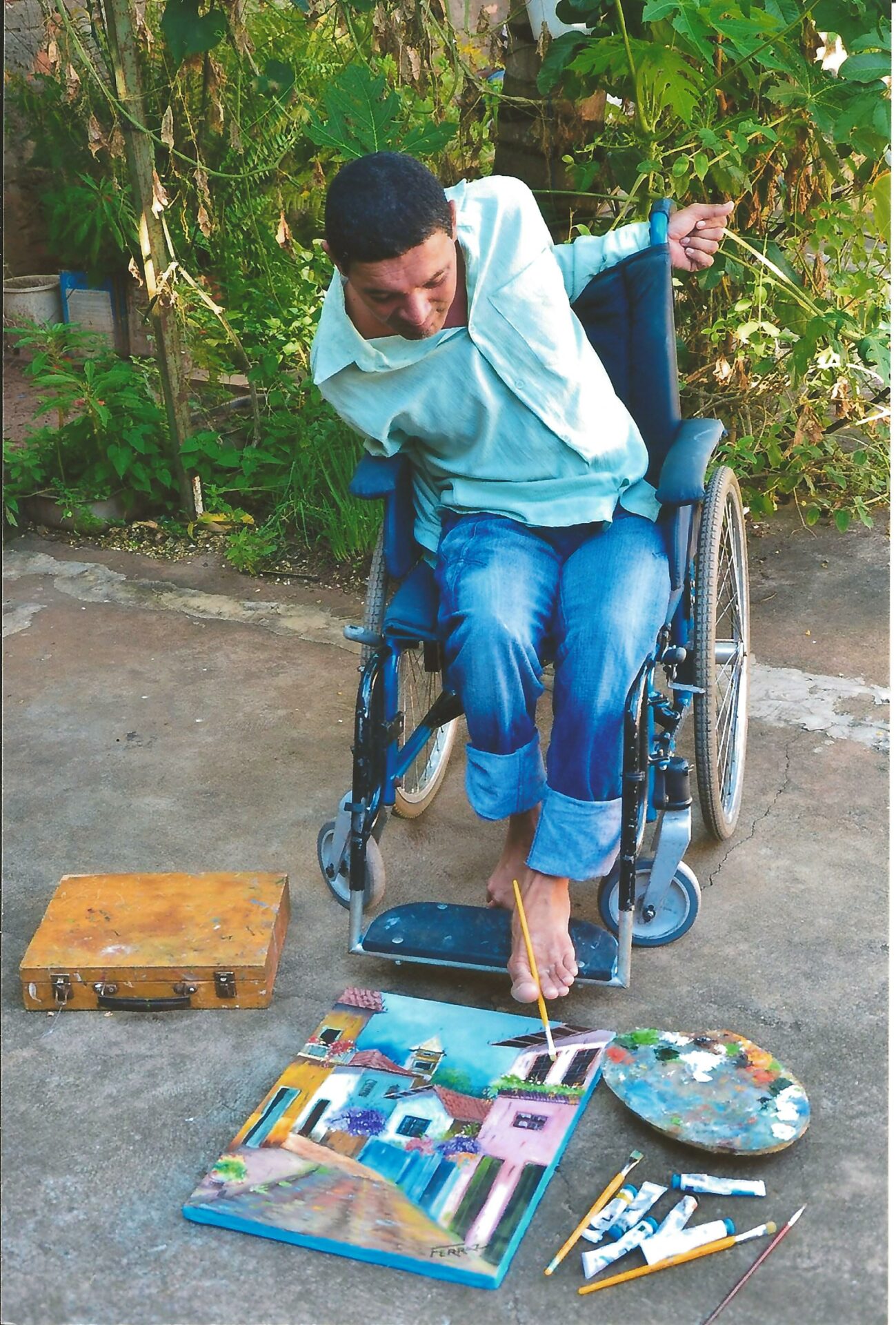 Moacir Ferraz was born on 10 November 1970. At birth Moacir had no visible birth defects and his mother only discovered a certain anomaly when he was one year old, as he was unable to stand upright or walk. It was discovered that he suffers from spasticity and dyskinesia with involuntary movements and trembling of all four limbs. This makes him unable to walk or use his hands. Moacir is an autodidact, and he also taught himself to read. He was then able to gather information via TV, newspapers, etc. about different topics. As regards art he is also self-taught. Even as a little boy he tried to paint and draw. For a short time he was also taught by academic painters. The footpainter has contributed to several successful exhibitions.