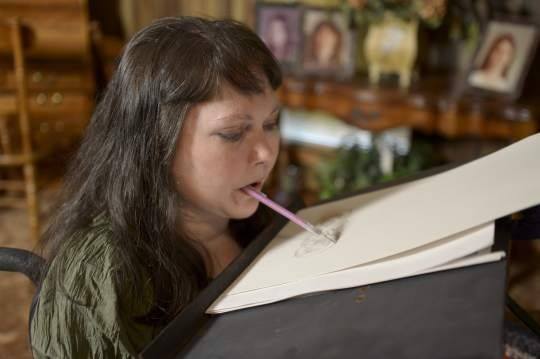 Donna Bell was born on 17 March 1964 in Port Sulphar, and grew up and went to school in Vidalia, LA. In summer 1979 she was travelling by car with her sister and a friend when they had an accident. She was the only one injured, and since that day has been paralysed from the shoulders downwards (C3 - C4). She spent some time at the Methodist Rehabilitation Center in Jackson. After some time at home, she tried to write her name using her mouth and was positively surprised by the result. She thereupon started to write letters to her friends, and this led to drawing and then to painting.