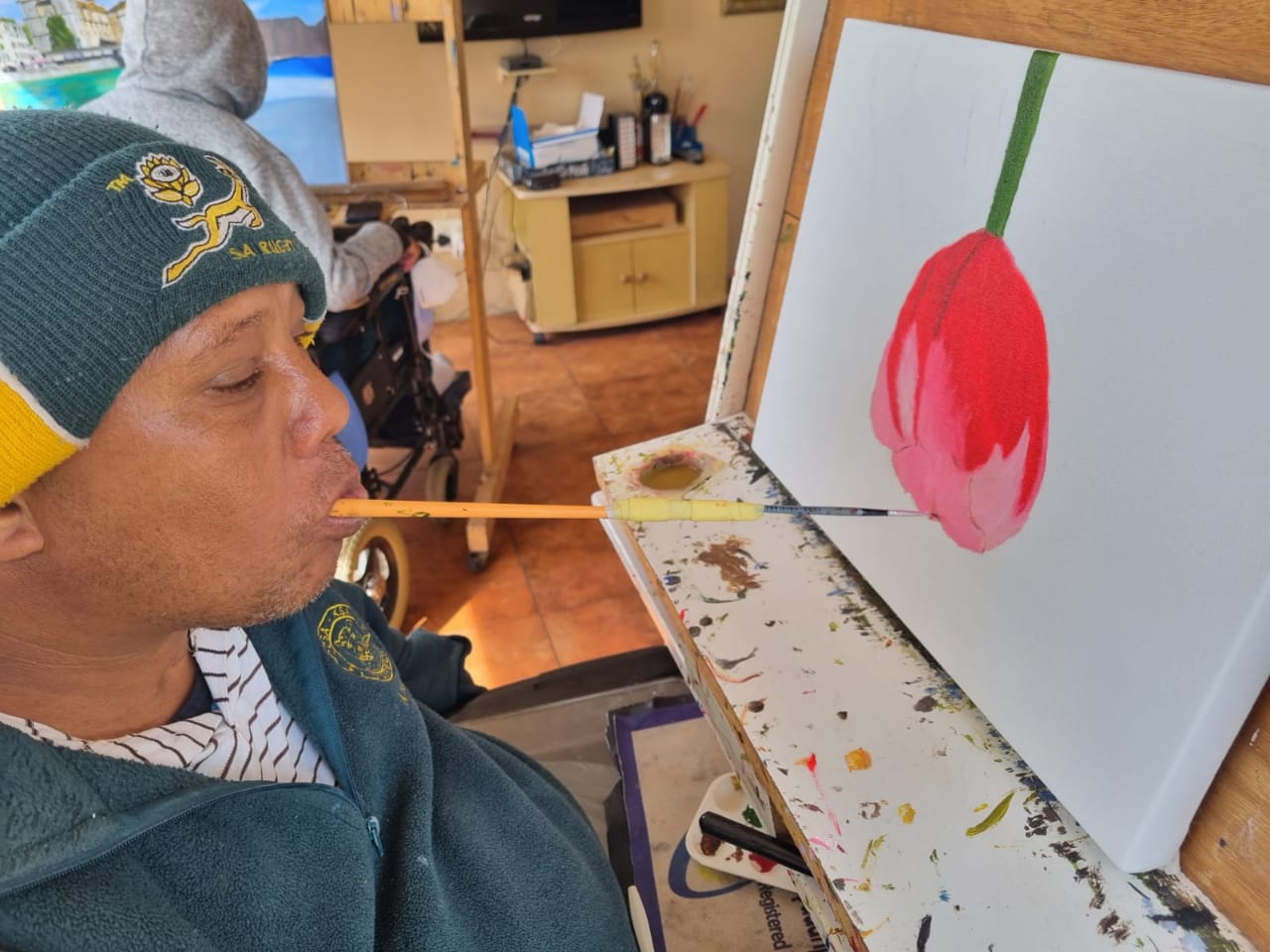 Henry Afrikaner was born on 20 January 1979 in Karl Bremer, South Africa, and attended secondary school in Scottsville. Until his accident, he lived at his mother’s home with his two sons. In 2007, he broke his neck at the level of C5/C6 while playing rugby, becoming a tetraplegic. In 2013, he moved into Huis Andries Olivier (a home for paraplegics). While he was there, he was a board member for a year. In a course at the University of Stellenbosch, he became familiar with pastel painting, and also indulged in wheelchair rugby. His main goal in life is to become independent and to lead a happy and normal life. His hobbies are painting, watching sport, and listening to music.