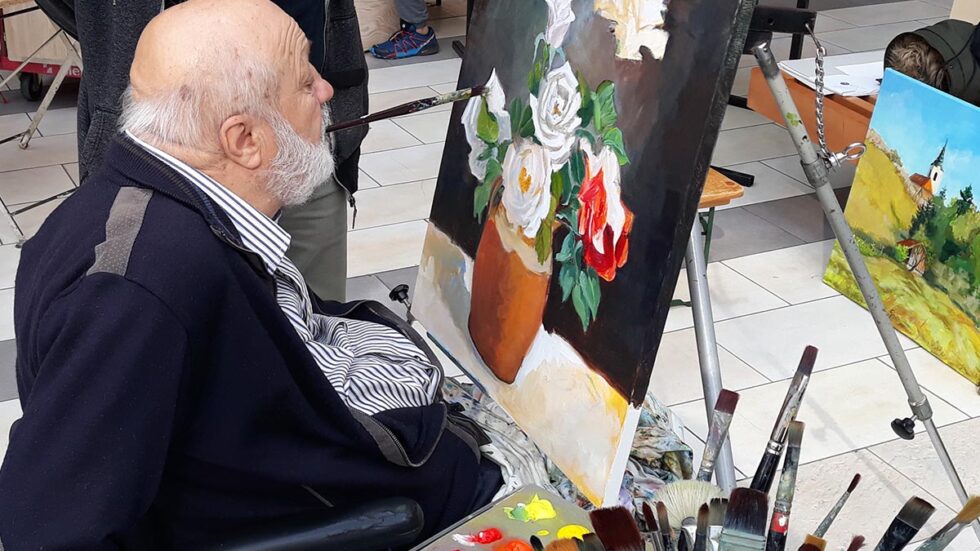 Vojko Gasperut was chosen as “Name of the Week” on the popular radio station Val 202 in Slovenia. Every week, three people who achieved an extraordinary performance in different fields are nominated. The radio listeners then vote on which person they would like to hear more about, and Mr Gasperut received the most votes.

On the occasion of his 70th birthday and his 50th anniversary as a painter, an exhibition of 150 of his works was presented in Koper. His paintings are varied. They show motifs of his hometown Breginj, the idyllic Slovenian countryside and the salt pans in Istria.

The colours of his paintings are warm and full of optimism. Just like him. Mr Gasperut became a quadriplegic when he jumped into the water 54 years ago. Even from this hard blow of fate, he is able to gain something positive from it.

In the interview, Mr Gasperut had the following to say about it:

“Why should this have been an accident? What if there is something else hidden underneath that also makes me happy? I can perceive this as something that caused me to develop some inner powers that I did not know before. I suspected that they existed and got to know another side of me. Today I am happy when I can help others and I live with this motto every day.”

The interview can be followed on the following link