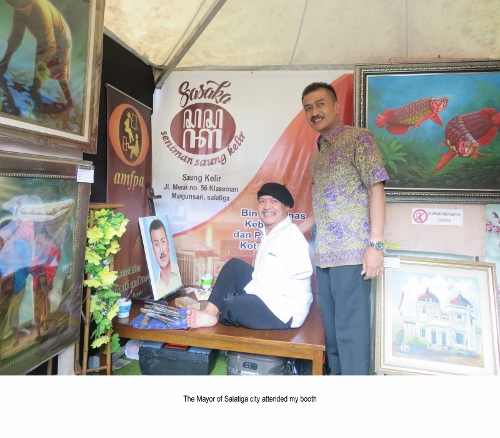 From the 13th to the 15th of July, the foot painter Sabar Subadri took part on the Salatiga Expo 2018 in Java. It was held by the Government Salatiga of Java / Indonesia in order to commemorate the 1’268th anniversary of Salatiga City.

At the opening ceremony, he received the honour of being personally visited by the mayor, Mr. Yulianto, at his booth. On this occasion, the artist handed over a portrait to him, which was accepted with high appreciation. In addition to various painting demonstrations, the numerous visitors could learn more about the art of foot painting.